Johann Daniel Riedesel was born March 1, 1851 in Wunderthausen. He was the last of eleven children of Gabriel and Anna Elisabeth (Müsse) Riedesel of the house known as Bergmanns or Gabels. As many as six of the children eventually went to America (of the eight who grew to adulthood).

When John, as he was known, came to America remains uncertain. He gave widely disparate dates in later Censuses. Our best guess is 1875 or early 1876. While he would almost certainly have come in the company of other family or friends, I have been unable to find him in a passenger list. John settled eventually in Rochester, New York. On May 18, 1876 he married Louise Mengel. They had four children before she died in 1888, and only one of them  lived to adulthood. In 1890 he remarried to Elizabeth Mehne. They had at least six children but several died young as well.

John owned a restaurant in the German community at one point. An obituary of him exists but it is singularly uninformative. We know that he died July 31, 1929 in Rochester. Elizabeth lived until 1940. I only know of a single grandchild. 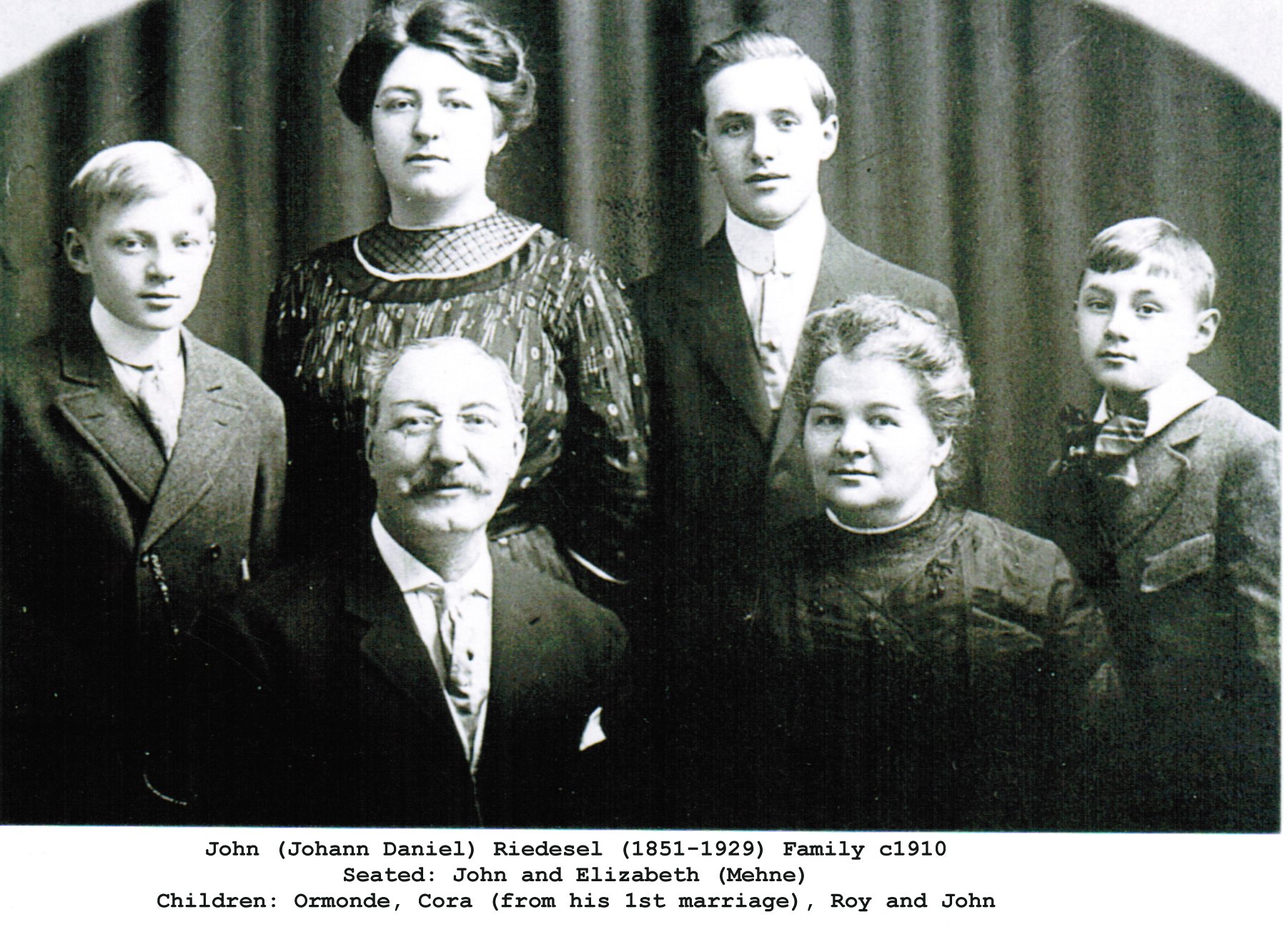