Albert Peter Riedesel was born in Berlin on November 1, 1910 to Johann Friedrich Heinrich and Emma (Jacobsen) Riedesel. While the family had roots two centuries earlier in Wittgensten, members of this branch moved around a great deal. Albert’s father was born in Paris and eventually brought most of his family to America after he had been here a few years.

The Ellis Island records show the family arriving on March 30, 1913 aboard the ship “Patricia” out of Cuxhaven. They lived in Oklahoma, among other places, before finally settling near Westfield, New York where much of the extended family still lives. Albert remained single and was a dairy farmer. He served in the U.S. Army during the second world war. He died May 2, 1993 at Westfield. 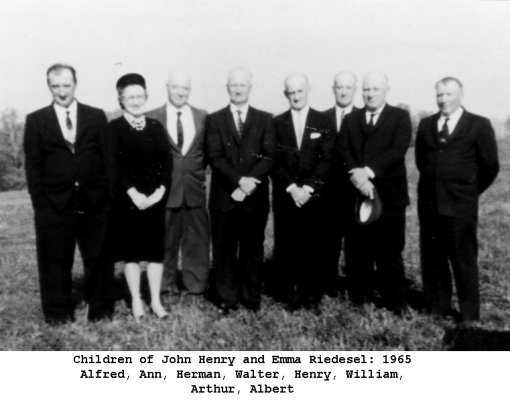